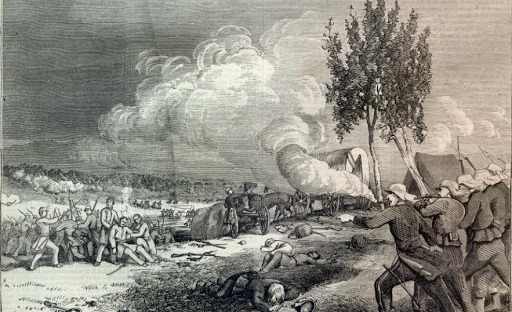 Formed in the summer of 1862 for three years of service, the 16th Maine Infantry Regiment had a number of officers with previous experience as well as many eager recruits. Some joined just to be part of the war effort and others were drawn by the bounties offered for service. The 16th Maine fought at… END_OF_DOCUMENT_TOKEN_TO_BE_REPLACED

Longstreet’s wounding dealt a morale blow to Lee and his Confederates. Overriding Longstreet’s order that Field should take his place and initiate the flanking attack, Lee instead moved Richard Anderson into the void, who knew next to nothing about the terrain or Longstreet’s plan. On top of that, Longstreet’s First Corps were a mangled mess… END_OF_DOCUMENT_TOKEN_TO_BE_REPLACED

When we left the armies in Virginia last week, Confederate General Robert Lee had just gotten his nose bloodied at Rappahannock Station by Union General George Meade. The Army of Northern Virginia had made the strategic move to protect its flanks and fall back all the way to the Rapidan River. Lee’s two corps straddle… END_OF_DOCUMENT_TOKEN_TO_BE_REPLACED

While I have not been privileged in exploring every aspect of the Chancellorsville battlefield (just the visitor center so far) some wonderful historians have and aren't shy about sharing their knowledge. I follow one such historian on the Emerging Civil War Blog, Chris Mackowski. Below are some brief videos shot and uploaded in May of… END_OF_DOCUMENT_TOKEN_TO_BE_REPLACED

The Battle – Part 2 At a quarter past 5 o’clock in the morning, the Confederates stormed out of the Wilderness, the Rebel Yell like barreling thunder to those startled Federals. A short resistance was put up by Colonel Adolphus Bushbeck’s 154th New York, about 5,000 men, but it was still no use. The left… END_OF_DOCUMENT_TOKEN_TO_BE_REPLACED

(Because this battle - just one front, mind you - is so massive, I've split this blog into two parts for reading convenience) Background After the failed “Mud March” of late January, 1863, the Army of the Potomac was put under the command of Joseph Hooker. The man who replaced Ambrose Burnside was the same… END_OF_DOCUMENT_TOKEN_TO_BE_REPLACED 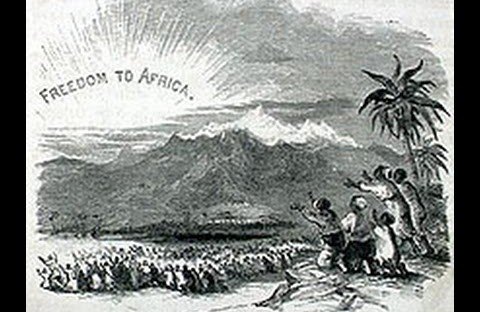 Many like to think that the Civil War was a strict divide of north and south. Those in the north believed in the power of the Union and that slavery was morally wrong. Those in the south believed in minimal government interference in state matters and endorsed slavery. However, the truth is far more complex… END_OF_DOCUMENT_TOKEN_TO_BE_REPLACED

A year and a half before Ambrose Burnside was in command of the entire Army of the Potomac, he was Colonel of the Second Brigade under Colonel David Hunter in the Second Division at the first battle of Manassas. The brigade consisted of the 71st New York, 2nd New Hampshire, 1st Rhode Island, and 2nd… END_OF_DOCUMENT_TOKEN_TO_BE_REPLACED