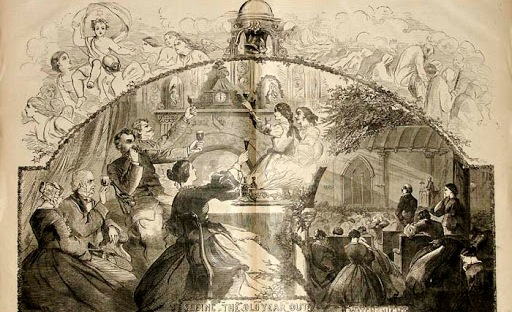 This month marks the 2nd year anniversary of this blog’s launching. In the last two years, I’ve learned so much and traveled to so many new places that I haven’t begun to share. I’ve made connections and set myself on a path that I know will bring a heap of future satisfaction. It’s my greatest hope that everyone who has read and subscribed to this blog have enjoyed my posts as much as I have enjoyed writing them.

With the coming new year, I have some good news and some not-so-good news. The good news is that I’ve taken a leap of faith into the next chapter of my budding aspirations of becoming a historian. It’s a little too complicated to get into, but it’s safe to say that my journey through the education system has not been a fulfilling one. That, however, will be remedied in the next two years. I have begun online classes with American Public University and the plan is to have my first bachelors degree in American History by the end of 2022 (or beginning of 2023, factoring in delays and such). My first class began the first week of December and the goal is to stay enrolled, taking up to four courses per semester, until my degree is finished. Luckily, all I have left are the “fun” classes in history. Electives and core classes have been dealt with.

The not-so-great news is that because of this extra workload, my posts may not be as frequent. While I had up to six blog posts going live every month, I may have to cut this back to two or three. That being said, the structure of my blog series will take a different approach. I’ve been doing some lengthy battle series which will likely not continue. Instead, I’ll focus on sharing about my travels more exclusively and the occasional history posts from private studies. Each post will still be centered around the Civil War and will still be packed with history. Starting in January, I’ll be sharing about some other historians, their missions, and other resources that I’ve found in the last year. In February or March, you can expect to see more original content from myself.

I hope you’ll continue on this campaign with me as I learn, grow, and continue to travel. I also hope that 2021 brings you happiness and health.

Sheritta Bitikofer is an author of eclectic tastes. When she's not writing her next historical fiction or urban fantasy novel, she can be found trekking across a battlefield, watching a historical documentary, or having coffee with her husband at their favorite café. A wife and fur-mama to two rescue dogs, she makes time to write engaging and moving stories about the things she loves best; history and the supernatural. View all posts by Sheritta Bitikofer

2 thoughts on “See the Old Year Out!”